It’s been a cracker! This year has seen some awesome music and our gig habits have been dominated by quite a few bands. Here are our highlights by month.

We kicked off the year in Los Angeles with Girlpool playing The Smell’s 17th Anniversary weekend, an apt set for the duo who met at the legendary DIY venue. This was the start of quite a year for the band who released their acclaimed debut LP Before the World Was Big a few months later.

Back to Leeds and some more local heroes. Menace Beach released the superb Ratworld with an in-store set at Jumbo Records. Mary Timony and Betsy Wright melting faces at The Brudenell

In typical style, The Brudenell Social Club has hosted may of this year’s best acts. Ex Hex brought their no-frills, melody-laden punk rock all the way from Washington DC. (View photos) Undoubtedly one of the gigs of the year was Father John Misty at The Brudenell. As we said back in February, “Father John Misty cuts through mediocrity like a Moses of truth through a sea of bullshit.” (View photos)

After releasing the year’s best album – one that transcends such a trivial concept as time – Sleater-Kinney made dreams come true by playing one of the best rock shows Manchester has ever seen at a sold out Albert Hall.

Well known for their brand of dreamy electro, Purity Ring brought one of the most inventive rigs we’ve seen  with a unique lighting set-up and futuristic instrumental gadgets that transported a mesmerised Brudenell to the ethereal.

Screaming Females released another of our favourite albums this year and ahead of their blistering set at The Brudenell, we talked to them about the making of Rose Mountain.

As festival season started, we were spoilt for choice at Live at Leeds. Highlights included the DIY stage at with acts like Black Honey, Broncho, Spring King and Slaves smashing The Brudenell as well The Orielles, Oscar, Yak and Bully performing elsewhere across the city. (View photos here and watch our interview playlist here.)

Shortly after playing at Live at Leeds, Fraser A. Gorman and Bully played with Kid Wave at Manchester’s Night and Day Cafe. All three acts have released excellent LPs in 2015, with Bully’s debut Feels Like a firm favourite at Indiehive. (View photos)

Gold Sounds festival brought the best of fuzz and noise to Leeds Uni. Colleen Green played an excellent set including tracks from her 2015 record I Want to Grow Up with PINS, Honeyblood, The Parrots and Hinds also playing awesome sets.

It’s been a big year for Spanish garage bands with Hinds having an absolute blinder. We pitted them against their friends The Parrots in the first ever Indiehive Cup.

Wakefield’s Long Division included a Brawlers performance so crazy it was vomit-inducing, Menace Beach doing what they do best and a plethora of other awesome acts. June was also a huge month for new releases with Girlpool, Wolf Alice and Bully all bringing out sterling debut LPs.

BST in Hyde Park was a highlight of the summer with headliners The Strokes putting on a typically brilliant show. With other acts including Public Service Broadcasting and an on-form Future Islands, as well the omnipresent Hinds and Beck, this was a pretty good day out in the London sunshine. The Big Moon at Tramlines

Leeds Festival was typically raucous with shows for everyone from Mumford to Metallica. Indiehive faves Wolf Alice played a storming set replete with now traditional stage dives and we also gave Spring King a disposable camera to capture their best moments from festival season. Twin Peaks also had a good weekend – see our interview here. 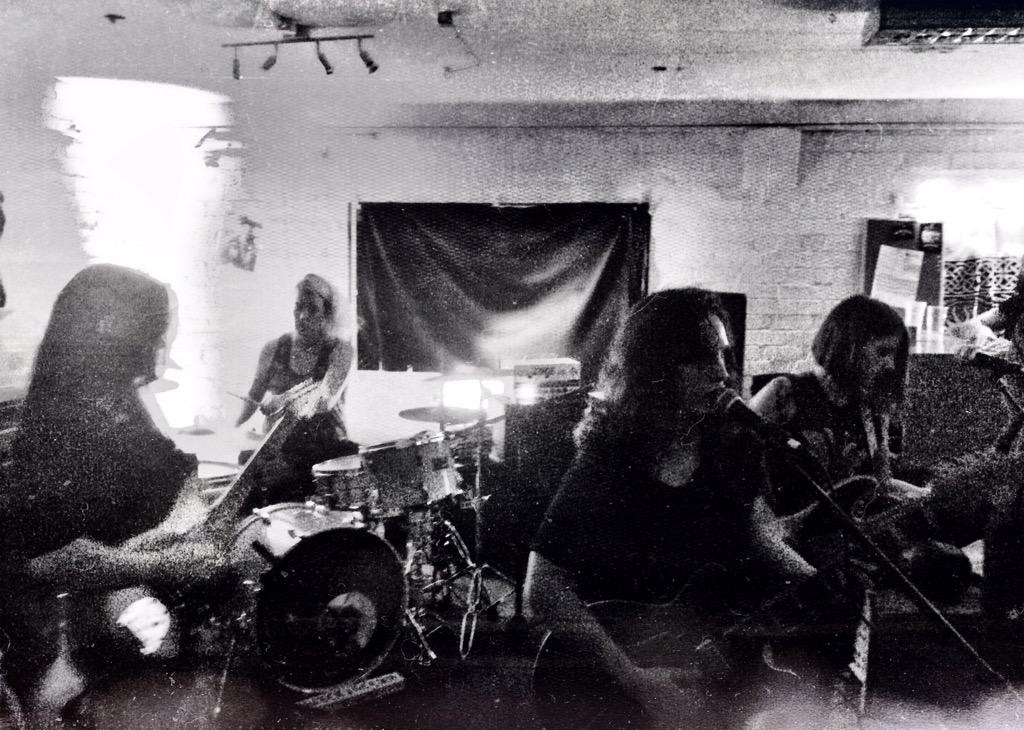 Esper Scout at Renegades of Chunk

That same weekend, a rather different mini-festival occurred further into the heart of Leeds with music co-op Chunk putting on Renegades of Chunk. A major highlight was Esper Scout, who performed a comparatively low-key set before hitting the road with The Cribs playing the likes of London’s Roundhouse.

Peter Hook and the Light

Bingley Music Live hosts acts from every walk of life, from circuit stalwarts Ash to up and coming acts such as Vant. Highlights included an emotive set from local lads Embrace and a wonderful run through the hits with Peter Hook and the Light. (View photos) Girlpool perform at The Brudenell

Following a summer touring their LP, Girlpool stopped by The Brudenell to deliver their unaffected poetry and sweet riffs to an ever-growing crowd, cementing their position as one of the artists of the year for sure. (Read our review here)

The Parrots at Beacons Metro

Spread over several months in various cities across the north of England, Beacons Metro takes all the best parts of the previously outdoors festival bringing some of the best acts to the metropoles. At the super-cool new Leeds venue Headrow House, The Parrots and Spring King created a perfect dyad of 2015 sounds. (Read our review here) La Luz at The Brudenell

October brought a sensational week of Hardly Art acts to Leeds. First, La Luz took to the Games Room at The Brudenell to knock out hits from their latest album, the compelling Weirdo Shrine, while later that week their label mates Chastity Belt performed in the same room to an enchanted audience.

Lizzy Plapinger and Max Hershenow know how to bring the party and played one of the most energetic sets we’ve seen this year at Manchester Academy 3. (Read our review here)

It’s been a good year for FIDLAR and maybe everything had been leading up to their phenomenal show at O2 Kentish Town. The crowd was wild, the lads were on form and it came at a time where we all needed some release and to assert our belief in freedom, art and music.

We’ve been busy editing and writing this list – here’s a playlist of some of our faves from this year.

Who? When? Where? With the festival a week away, you probably know who you want to see but if you’re still…